Chasing dreams, the importance of true connection and driving to South America 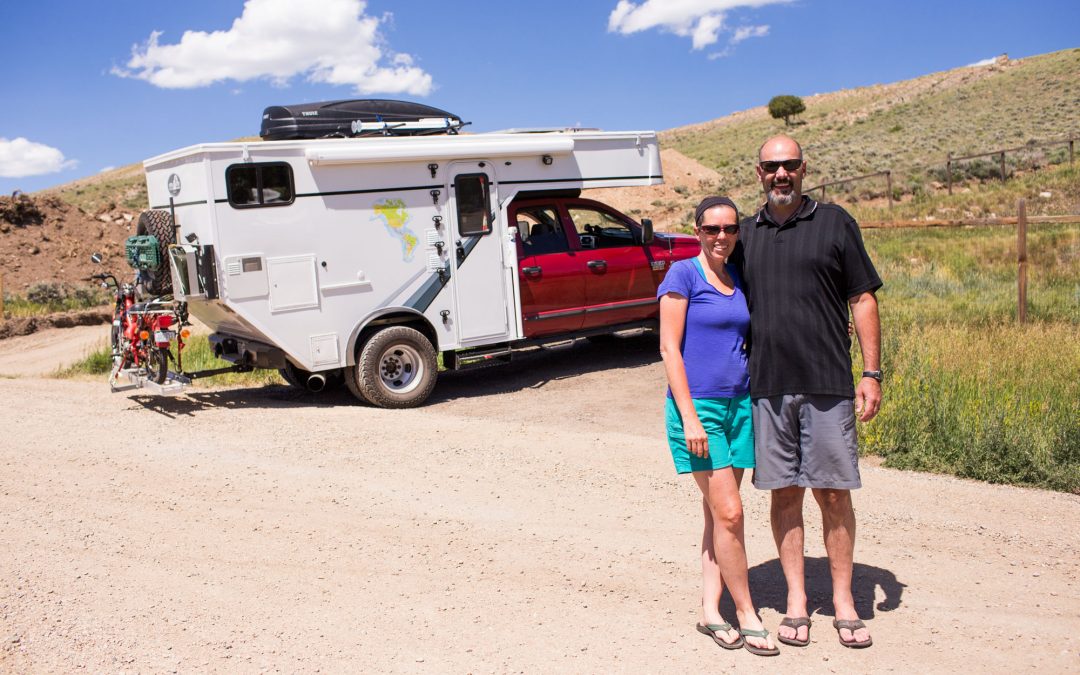 Three days ago our friends Doug and Lindsey began the adventure of a lifetime.  A dream that had been several years in the making. They quit their jobs, sold their house, purged most of their belongings and set off to drive from Colorado to the tip of South America in a custom camper that they designed and had built.  Yesterday they stopped by to show us their adventure-mobile before continuing south.  We had been dying to see it.  When Mark and I saw them coming from a mile down the road we were both overcome with awe and excitement for what these two were setting out to do.

The idea of driving to the tip of South America was not new to me.  About six or seven years ago was the first time I learned that that was a thing.  Before then I didn’t even know it was possible.  But as soon as I learned it, I was transfixed by the people doing it.  I started following along with those people, reading their blogs and following them on social media and forums.  People are so generous in their transparency and sharing of their lives that I felt like I knew these people.  If we were to sit around a campfire together, I was certain we’d hit it off like old friends.  I’d have a million questions and they would enthusiastically share their stories.  Or at least that was the assumption I made.  In reality, I didn’t know these people at all.  I was inspired by them and I knew about their lives but I didn’t know them any better than a Hollywood celebrity.  I think maybe because you can leave a comment on Instagram or a blog and you might get a response “Thanks!” it feels like more of a two way street than my admiration of some Hollywood actress, but, when I stop and think about it, there still is no true human to human connection there.

As Doug and Lindsey pulled up to our driveway yesterday it was like one of my Instagram crushes came to life.  And as we stood there and talked about solar and departure angles and selling houses (we’re also in hot pursuit of some wild dreams), it hit me that no matter how much “inspiration” we can find online these days, there is no substitute for genuine human to human connection.  I gravitate towards finding these kind of people via social media because it can be hard for us to find like-minded people.  But no matter how hard it may be, it’s exponentially more satisfying to have a two way conversation with someone that shares the same kind of fire and passion for life as you do.  Mark & I are dream-seekers.  We chase our dreams like they’re going out of style.  Yet when you sit at home alone with your unconventional dreams, you start to wonder if you’re a little nuts.  Then you sit in your easy chair watching people on the other side of your screen actually pursuing their dreams and you’re left feeling jealous and frustrated.  But as we waved goodbye to Lindsey and Doug, knowing that the next time we saw them they would be different people, I was overwhelmed with a sense of camaraderie for my fellow humans.  Their was zero jealousy in the negative, unsettling kind of way but pure envy in the – YES!!! THEY’RE DOING IT, WE CAN DO IT TOO!!! – kind of way.  I was overwhelmed by the sense of appreciation and respect I felt for my friends.  They had a fire within them that was contagious.  As they disappeared in the distance, I realized just how badly I crave more camaraderie in my life and less lusting after strangers thru my phone.  Their is a blip of excitement that comes from searching the web and seeing that other people are doing the kinds of things you want to do but there is everlasting satisfaction that comes from meeting real people and sharing real conversations and shared desires about life.

It’s fascinating to think that as our culture becomes more and more focused on SOCIAL media, we become more and more disconnected with our fellow humans.  It’s actually easier than ever to feel lonely.  Social media can be a very useful tool if we look at it that way.  It’s possible to reach out thru direct message and say “Hey! It looks like we have a ton in common, I’d love to meet up with you sometime!”  We’ve done this and it’s awesome.  But where we fail is by using social media and the internet as a substitute for making connections and relationships in real life.  Next time you’re out camping and you see a rig you like or a bike or kayak you’re interested in, go say hi.  Don’t get your tablet out and google it as you stare awkwardly at them from the safety of your own campsite.  Admittedly, Mark & I can be socially awkward at times.  Especially where we’re camping and are a bit transfixed on enjoying solitude.  Yet, once we opened ourselves up to meeting people thru our travels, we learned that those interactions just make our travels all the more memorable and rich.  And there is no better way to meet like-minded people than to go do the thing you love and find other people doing the thing you love too.

With that, I truly hope this website and these articles inspire you.  I hope I can offer a kind of transparency that gets our fire about life to radiate thru your screen and truly resonate with you.  But more than that, I hope you can find real live people to surround yourself with that will cheer you on no matter how wild your dreams may be.  And if you already have those people in your life…never take them for granted.

To Lindsey & Doug, it’s hard to put in to words our excitement for you guys.  If we’ve learned anything from our humble little truck camper travels around the country, it’s that the highs are higher and the lows are lower but every experience has shaped us and contributed to our appreciation of this short, fragile life.  We hope the same for you both. 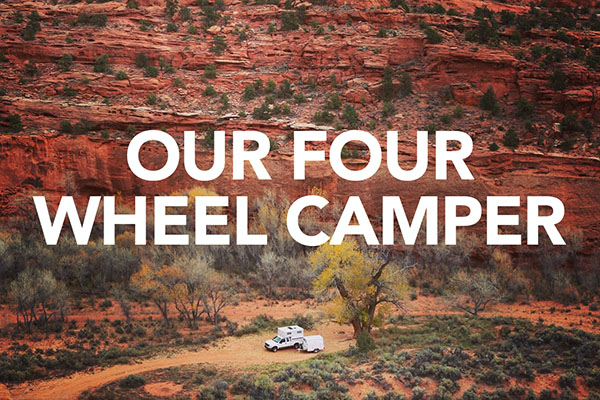 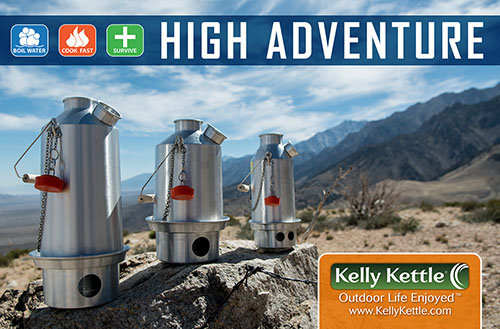