My first flight in a weight-shift-control trike, AKA The most fun I’ve ever had 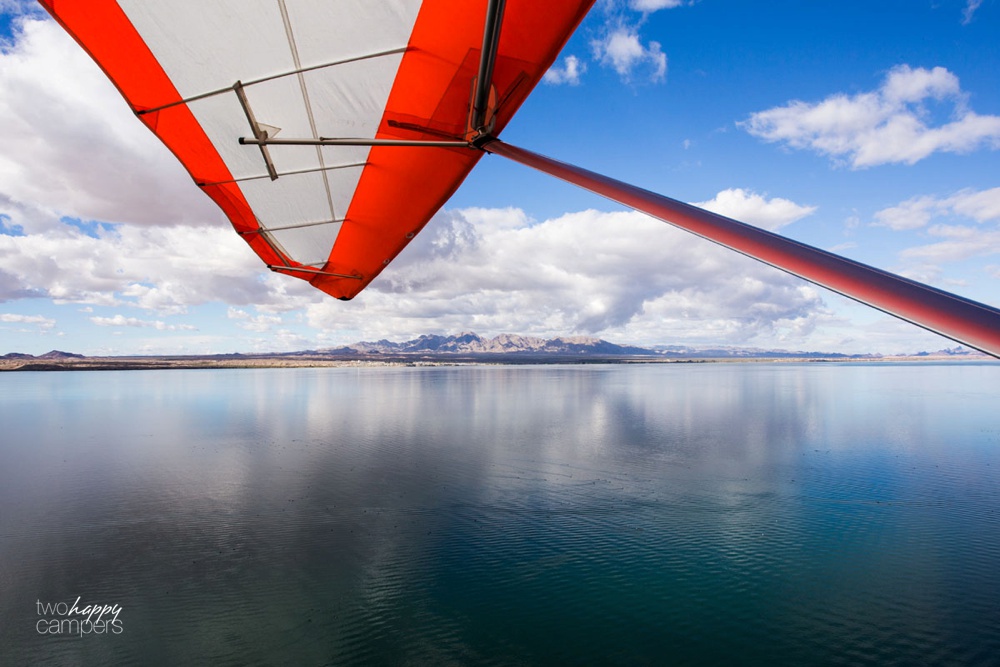 My husband, being the incredibly smart individual and awesome husband that he is, insisted that I go for a ride.  Since getting his private pilot’s license in 2012, he’s been growing tired of the cost and complication of trying to make general aviation a part of our lives and has been looking for something a little different.  So far, he’d only been on one trike ride but loved it enough that he knew he might want to pursue learning to fly them and possibly getting one of his own.  Before he would go any further, he wanted to make sure I was on board.  If I hated it, I probably wouldn’t offer much support.  If I loved it, we would have a new passion to pursue together.  (Aviation lovers take note, getting your spouse on board is a genius strategy.) On a bluebird day in December, I strapped in to Rebel’s Northwing (Rebel is an instructor and all-around trike expert) and took to the skies at 50mph.  I didn’t let myself get scared before going up because I knew I had to go, I wasn’t going to let Mark down.  While I assumed some fear would show up during that first ride it never came.  I was far too enamored to be scared.  I remember my mouth stretching as far and wide as it could open because I was just that blown away by the cool factor of what I was doing. Growing up in an aviation family, I’ve spent countless hours in small airplanes but flying in a trike doesn’t compare.  I’ve heard it best described as “a motorcycle with wings”.   Flying through the sky as high or low as you want, the wind in your hair, the views unobstructed, I’ve never done anything like it.  I returned to the ground after an hour flying around the Arizona desert knowing that Mark & I had found our next passion. If I’m going to be in the air, I’m undoubtedly going to take photos.  However, in a fixed wing airplane, the wing and glass would make it difficult for me to create the kind of aerial photographs that I wanted.  Sitting beneath the wing and not having windows to contend with means my career in aerial photography might stand a chance! We’re explorers not commuters.  We like to travel slowly.  We avoid interstates for a reason.  Even if we could afford an airplane, the dream of owning one has never felt like the perfect fit.  Having to rent a car and stay in a hotel anytime we flew somewhere sounded more like a burden than an adventure.  During my first trike flight, I knew these were the kind of wings we’d been looking for all along.  They allow for the kind of slow exploration that we’ve come to love.  We’re not trying to get anywhere, we just want to experience the world from another perspective.  The best part is that we can trailer a trike behind our truck allowing us to take it with us anywhere we want to go.  We can camp AND fly;  owning a fixed wing airplane meant one or the other. Mark spent much of December training and preparing to purchase our own weight-shift trike.  Now the search is on for our very first aircraft.  Stay tuned as many adventures await us in the world of trikes.