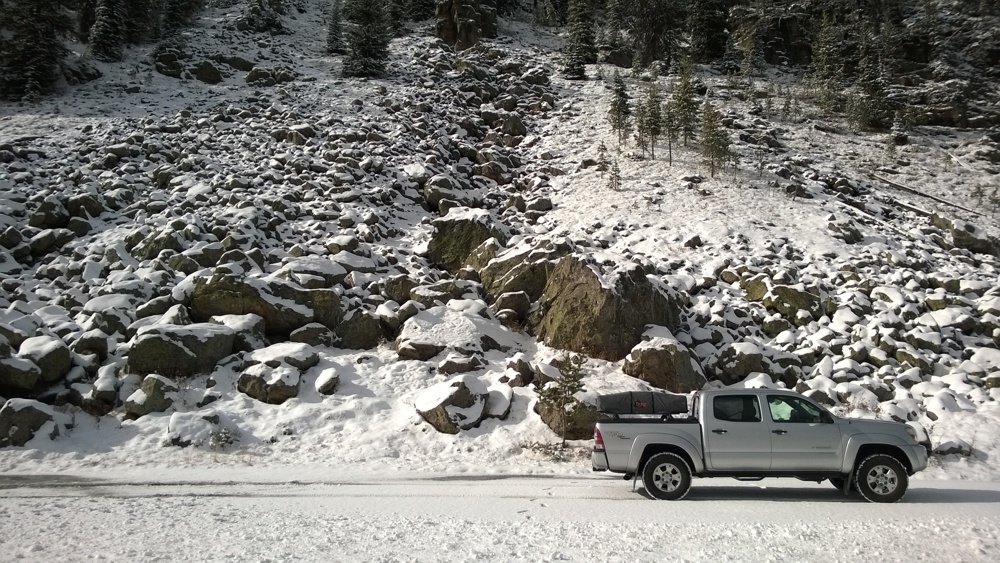 There are countless travel blogs and forums these days where you can find all the advice you need on how and where to travel around the United States while living in your vehicle or RV full or part time.  What you don’t always find is the “why”.   I love learning about what motivates people to leave the comforts of home for the road.  I’m always insanely curious about what people learn about themselves and those around them during their travels.  Behind every traveler is a great story.

In December, we met Nick while staying at Lake Havasu State Park.  Over the course of 10 weeks he traveled 10,000 miles around the American West.  The death of his father motivated him to stop waiting and start chasing his dreams now.  His enthusiasm and love of life is contagious.  Here’s a peek in to what his journey was all about… You recently took an extended trip around the American West.  How long did your trip last and where did it take you?

I left my home in Arvada, Colorado on October 6th and returned to Breckenridge, Colorado on December 13th to celebrate the holidays.

I started out heading to Mount Rushmore and traveling counter clockwise through the west following some planned routes and making some random decisions as I went.  I ended up seeing some highlights of Western Nebraska (yes, they exist!), South Dakota, Wyoming, Utah, buzzed through Nevada, California and back to Salt Lake city, up through Idaho/Wyoming border toward Jackson and Yellowstone. Then up to Montana (mostly western), through the Couer D’Alene area straight across Washington to the west, Portland/Vancouver, down through to Corvallis, Oregon (where I grew up), and out to the Oregon coast then back in to Crater Lake.  (Crater Lake should be a destination for everyone at some point, but during warmer months where you can see the blue!  I have ridden a bicycle around the 33 mile loop and it is well worth the work. Despite the mosquitoes.)I continued down to the Sacramento area and out towards San Jose. My parents grew up in San Francisco so I had spent a lot of time there growing up.   I decided, given some other places I wanted to see, I’d skip that for this trip.  I continued to Monterey, California and down highway 1/101 toward Santa Barbara then visited some motorcycle shops that I had wanted to see in LA and promptly headed toward Palm Desert area. I ended up staying a few days in Joshua Tree National Park and headed to Lake Havasu City, AZ where I met Mark and Michele!  This was followed by a brief stay at the Grand Canyon where I saw the weather inversion and then I headed through Utah back to Colorado. Tell us about your truck and tent set up.  What did you like about it?  What would you change for your next trip?

I have a 2008 Toyota Tacoma 4 door.  I mounted a Tepui Kukenam Sky rooftop tent on a Yakima rack set up that I had installed on the bed rails. This helped to minimize drag since the tent was mounted below the roof line. It allowed me to maintain a 18-21 mpg average over the 10,000 mile trip.  I love my truck and have driven almost 30,000 miles since I bought it 15 months ago (including the trip).  The Tepui tent was amazingly comfortable for an extended stay. Though I have sold it to pursue other projects, I would definitely purchase one in the future to do a similar trip, or at least an adventure where I am sitting still longer.

I realized that this was a great trial run but I am too mobile/restless to have a tent set up that needed to be opened and closed. I am deciding what vehicle will better suit my needs like a cargo van/sprinter conversion to allow taking my bike/motorcycle as well as being able to move from the driver’s seat to a bed of some sort.  Having driven a 40’ RV after my trip, I realized that I needed something larger than my truck and smaller than the RV.  However, it was nice in inclement weather to not have to exit the vehicle to access the living space. On average, how much driving would you do in a day?

Daily is tough to calculate but I averaged around 1,000 miles weekly. Chalk it up to some things that were on my mind, as well as certain fall holidays where I wanted to be with friends or family.

Did you pre-plan a route or figure it out as you went?

I had a roughly sketched idea of some things I wanted to see and places that I wanted to go. Weather, money and restlessness changed my schedule as I went.

Name one of the greatest challenges you faced on your trip:

Taking the first step.  Letting go of all preconceptions of a routine life and hitting the road was the hardest part.  It was also the most liberating once I was outside the city limits for the first time and at my first campsite in South Dakota.  Second to that first step would be trying to allow myself to just let life happen.  Doing this solo was also a mental challenge.

Name one of the greatest rewards you got from your trip:

This trip allowed me to make it further through some grief that I was experiencing with the loss of my father the year prior and start to reshape what I wanted life to mean.

I’m sure there are many but could you share a favorite moment with us?

You’re right there were many favorite moments!  Highlights include spending extra time without deadline with my niece and nephew and an uninterrupted complete day with my Gramma that lives in California.  Another would be a hike along Rialto beach in Washington where I stumbled upon 3 wild otters who were just as curious about me as I was them. We both kept our distance, but just stopped to watch them for a bit. What did your trip teach you about yourself?

That it is okay to take a risk.  It also opened up a feeling of flexibility in my plans and a refreshed attitude of life that all will be ok.

Are there any good life lessons or insights you gained?

Be open to the people you meet on the road.  I met a couple at a campsite at Mount Rushmore during my first week.  A month later I took them out to dinner and crashed on their couch in Montana.  I shared some whiskey that I picked up in Washington with Mark and the three of us had a great conversation there in Havasu.  Everyone has a story to tell and meeting people from all across the country is a really fun experience.  I am sure there are more lessons that I am still unpacking now that I am back with a “typical” routine for now!

What inspired you to quit your job and hit the road?

My father was diagnosed with cancer in May of 2013 and passed away that October. After working 60 hours a week for the next year, I just hit a wall and was feeling like life was short and I needed to go do something I always wanted to do.  It is easy to sit back and continue to say “one day I….”, but there are some events in life that remind us that life does not always go to plan and we need to make sure that we live life and break that cycle of waiting for the perfect time.

If you could offer some advice to anyone reading this that has dreamed of embarking on a trip like yours, what would it be?

Just go.  You never know what life will hand you and you need to make sure to live.  Beyond the mileage, I actually read about a book a week and the best quote I could pass along came from the opening of “Travels With Charley” by John Steinbeck.

“When the virus of restlessness begins to take possession of a wayward man, and the road away from
Here seems broad and straight and sweet, the victim must first find in himself a good and sufficient reason for going.”

The general budget and plan will change as you go, so always plan on different situations and contingencies.  I broke my leg while riding my dirt bike a few years ago and know firsthand the value of insurance, so though I was not working, I made sure to budget insurance into what I allowed of myself.

My original plan was to be gone for 6+ months and I thought I would drive about 4000 miles. It ended up being only 10 weeks and 10,000 miles. So be flexible there as well!  Also, budget for maintenance.  I ended up doing 2 oil changes on the road and had to sort out a check engine light in the middle of nowhere in the first few weeks.  It helps to know your vehicle well. (And bring tools)  You’ll probably over think it a bit as well and wind up taking far more than you need.

What future adventures do you plan to embark on?

I enjoy both international and domestic travel but would love to drive to all 49 drivable states.

I enjoyed meeting a variety of folks along my trip and now follow a few different travel blogs of those I’ve met.

I feel privileged to have traveled like I did and look forward to figuring out how to make it more of a permanent part of my life.

I hope if you have a wandering soul, that you take the time to just get out and go. These sentiments bring a rush of thoughts that I am still gathering, but I look forward to sharing them and hearing about the travels of others’ to inspire future travels.

It was such a pleasure meeting you Nick!  We hope to see you out on the road again soon! 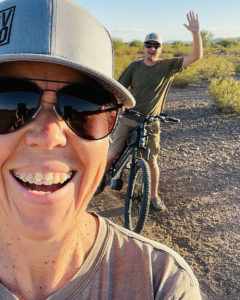